Hands Up! by Scott Cohen
Directed by J.R. Cook

A robber is confronted with an unwilling victim.

At the Glass Ceiling Diner, three waitresses dish about everything from getting stiffed to feeding the insatiable male ego. It's all in good fun, if not in good taste! 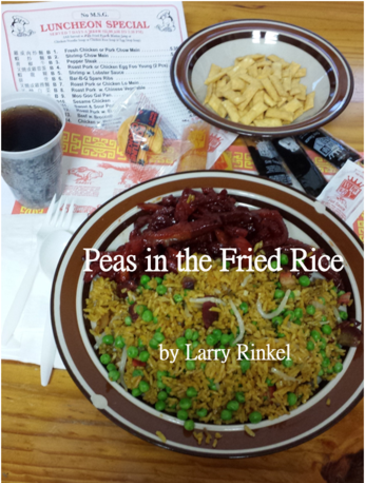 A mixed marriage and class warfare come to a head in this light yet-provocative one-act play about the compromises we make and the notion of being truly free.

Upgrading to the Artificially Intelligent Alexa 2.0 comes at a far greater cost than Hammond could have possibly imagined.  Just how much is he prepared to trade for a little extra convenience? 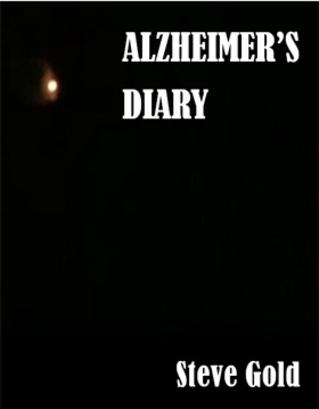 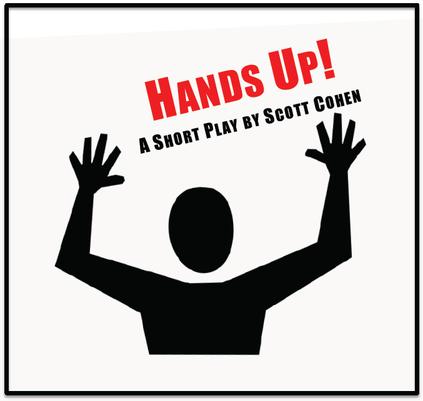 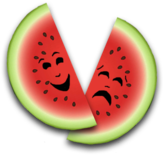 A mother and daughter have “the talk;” an assimilated American Jew recalls the event that started her family’s generational trauma; and Adam and Eve go on a first date. Somehow, they are all connected. 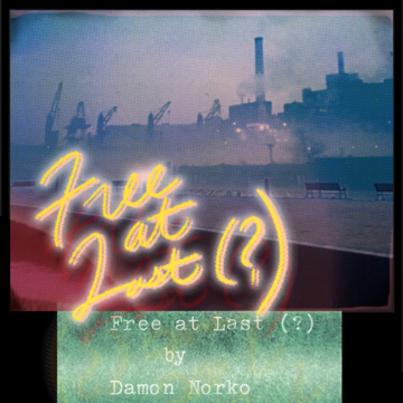 An unexpected guest makes a simple meal turn into a complex conversation on race, relationships, and politics between Asian and Black America.

A new field agent from the Center for Plan Compliance is assigned to an unusual client.

A small family, trying to escape ruin and despair in their home country, finds their destination has plenty to spare. 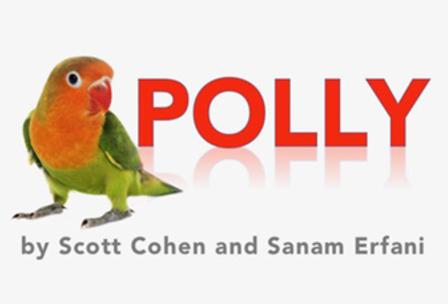 *There was a tie in the Wild Card Finalist so both were included. 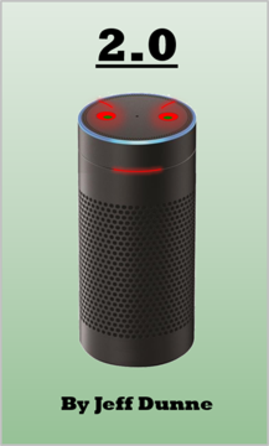 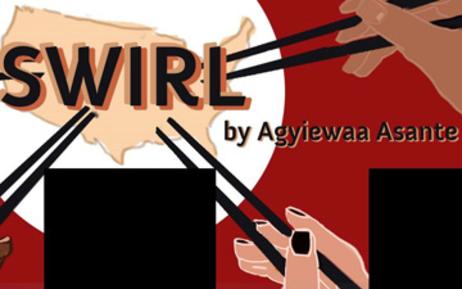 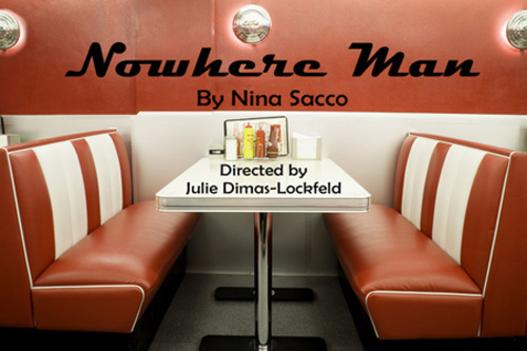 Lisa Gregory, MS, PhD
Lisa Gregory is an environmental consultant with Assisted Management Solutions, Inc. and has been involved with theatre on both sides of the curtain for over 25 years.  She has acted, directed, produced, managed, or designed lights/sound/set for over 50 plays. Dr. Gregory is an alumna of St. Mary’s College of Maryland and performed in The Pirates of Penzance in this very theatre. After obtaining her degrees in Zoology at the University of Florida, she returned to Southern Maryland in 2002 where she volunteered with the TheatriText club at the College of Southern Maryland (CSM, Leonardtown campus).  In 2006, she was asked to direct The Newtowne Player’s (NTP) production of Side by Side by Sondheim, and has since won numerous NTP awards for best light design, set design, director, or play (Cat on a Hot Tin Roof, Godspell, The Dining Room, Picnic).  She was the Technical Director for NTP’s state submission of Trish Cole’s Butterfly in 2010, which received the prestigious Ed-Ro-Char Award for Technical Excellence.  Over the past nine years, she has focused on original works written by local artists and was the Founder, Artistic Director, and Producer of Southern Maryland Originals, a production of the Performance Arts Club at CSM.  Dr. Gregory is the Founder of Watermelon Inc., a 501(c)(3) nonprofit organization dedicated to the performing arts and to providing a nurturing and educational environment for original works.  She thanks St. Mary's College of MD for hosting the festival once again and all her wonderful playwrights and volunteers - without you there would be no festival!

Mark A. Rhoda, PhD
Currently on the faculty in theater, film, and media studies at St. Mary’s College of Maryland, Mark Rhoda began his theater studies at Middlebury College, VT, followed by training at the American Conservatory Theater in SF and graduate work in dramatic arts at the University of California, Berkeley, from which he earned his PhD as a scholar/ director 1993. Dr. Rhoda teaches courses in dramatic literature and performance as well as in film and media studies. He is also a performer and stage director. His most recent directing stints include Happy Birthday, Wanda June, Spring Awakening (the musical), The Marriage of Figaro, Striptease/Catastrophe, and Slasher, a horrifying comedy.

Christie Blewett, MFA
Christie Blewett has taught K-12 Theatre, college, community and professional theatre productions from DC to SF for the past 20 years.  With a BFA in Musical Theatre from Shenandoah University and an MFA in Theatre Education (Production Direction and Curriculum Development) from Fontbonne University, her works on stage and off have been recognized by nationally endowed theatre companies, regional competitions and at the Kennedy Center.  As a Theatre Arts representative for the Maryland State Department of Education, she continues to support young artists in their pursuits of the creative arts.  She is excited to be adjudicating WOAF again this year and thanks Lisa for her hard work in producing this wonderful event!​​

Amy Bernstein, The Dramatist Guild of America
​Amy Bernstein writes from Baltimore, MD. Past productions include Raw, produced by Venus Theater near Washington, D.C., as part of the Women’s Voices Festival; and Exit Pluto, produced by the Strand Theater in Baltimore. Her one acts and short plays have been read and produced around the U.S. and U.K. and anthologized by Routledge and Leicester Bay Theatricals. Amy was a recipient of the Ruby Artist Award grant from the Greater Baltimore Cultural Alliance in 2014.​

Emily Maack, Assistant Producer
​Emily Maack is excited to be participating in her third Watermelon One-Act Festival. She has been involved in theatre, on-stage and off, for the last 9 years. Emily is a recent graduate of the College of Southern Maryland and will be transferring to Greensboro College in the fall. She would like to thank Lisa for this amazing opportunity and her mother for always keeping her grounded.

​Paige Stone, Assistant Technical Director
​Paige Stone is a graduate of the Prince Georges community college Theatre and Entertainment Technology certification classes and is currently enrolled at West Chester University in Pennsylvania to finish a BFA in theatre. She is very excited to help with the Watermelon Festival for the third time, as it allows her to see many people that she knows locally and meet others from further away, as well as develop her technical skills. She would like to thank Lisa for the opportunity to help and Emily for providing support throughout the years.

Robert K. Rausch, Host
​Robert Rausch has performed and participated in various capacities for 55 theatrical endeavors since his retirement as a Music Educator in 2007. His two most recent roles were that of Joe Benjamin in the Newtowne Players production of God’s Favorite, and that of Captain Victor in the Capitol Fringe Production of Space Cadets: Thus Spake Cheeto produced by the Next Day Theater and Rabble Crew Productions.   He lives in Waldorf with his supportive and beautiful wife, Diane.

After a job interview, Jane navigates the language of life, love, and relationships in the 21st Century.

CAST
Nick Hagemon as Will
Reva Taylor as Jane
~

Tim Larsen attempts to solve the mystery of a major league baseball card of a non-existent player found in a pack purchased by his wheel-chair bound son, Timmy.

The Long Dance by Edgar Chisholm
Directed by Rick Brown

A fifty year marriage ends in divorce.  A year later, Brim takes sick and Louise, his ex-wife visits.  They Both discover some dances don’t end just because the music stopped. 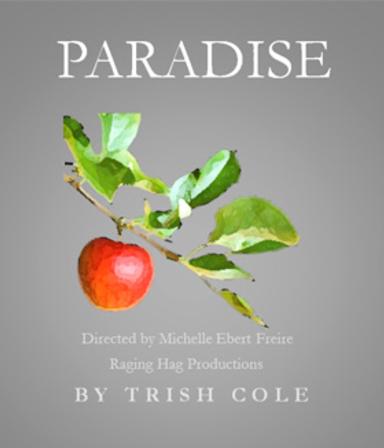 A man struggles with his mother's illness. 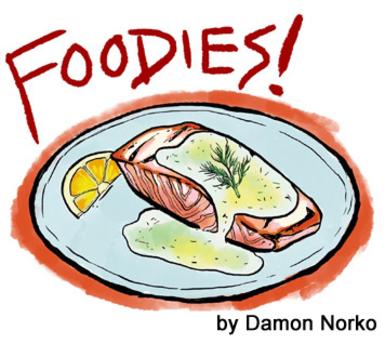 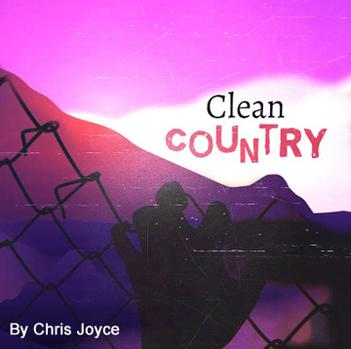 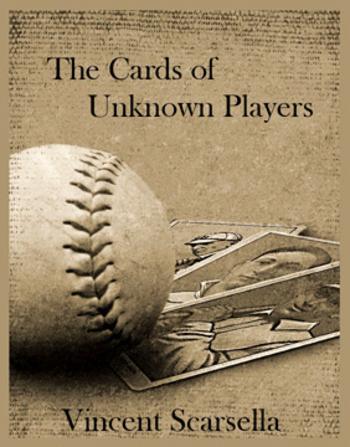 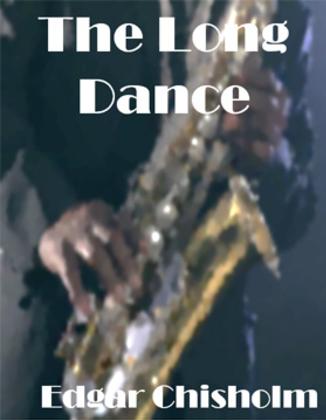 Peas in the Fried Rice by Larry Rinkel
Directed by J.R. Cook

Three co-workers are out for their usual Chinese lunch, except that one wants to try something new, but his co-worker won't go anywhere that serves peas in the fried rice. 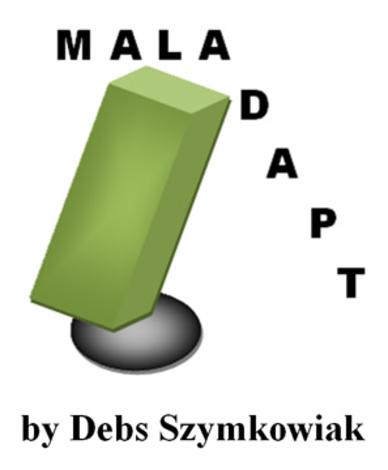